Why Seatbelts Matter in Accident-Fatality Prevention

You are here: Home » Blog » Traffic Safety » Why Seatbelts Matter in Accident-Fatality Prevention 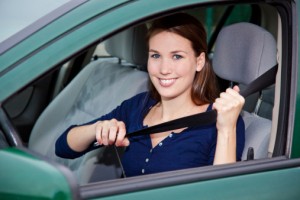 The National Highway Traffic Safety Administration says that, from 2004 to 2008, seatbelts saved an estimated 75,000 lives. Far more could have been saved had everyone on U.S. roads been buckled up.

The bottom line is: Seatbelts save lives.

Seat belt use is growing, but there is still growth potential. Just last week, a 10-year-old child was killed when he was thrown from his vehicle after riding without a seat belt.

According to The Houston Chronicle, the boy was seated in the front passenger seat when the vehicle he was in ran a red light and struck another vehicle. He was ejected from the car and died at the scene. His driver was airlifted to a local hospital.

In Texas, we have what is called “primary” seat belt laws. This means that the police can pull you over for no other reason than seeing you without your belt on. In other states, they must witness another traffic violation first. Interestingly, states with primary seat belt laws have an average of 13% higher seat belt use than those with “secondary” laws.

As of 2010, Texans were buckling up at a rate of nearly 93%. This put our state in the top 10 of those using seat belts. Still, improvements can be made.

Buckling up can save your life. People who don’t wear their seatbelts are far more likely to be ejected from their vehicle when an accident occurs.

Teens, truck drivers, rural drivers, commercial drivers, and those who have been drinking are least likely to wear seatbelts and therefore are more likely to be seriously hurt or even killed in the event of an accident.

So, how can you decrease your risk of being ejected or killed? By buckling up.While any accident can prove fatal or injurious, buckling up can help keep you safe.

Whether you are buckled up or not, being involved in an accident can change your life. Between the medical costs and the mental trauma, the consequences of a car accident can last weeks, months, or even years. Fortunately, if the accident isn’t your fault, you could be entitled to compensation for your injuries.

If you’ve been injured in a car accident, contact the Houston personal injury lawyer Kevin Krist today. Call 281-677-3957 today for a free consultation.