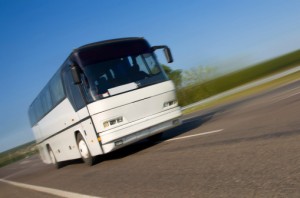 When you get on a charter bus, whether you are headed to a casino or another day trip, you are likely so wrapped up in the day’s festivities that you don’t consider the experience of the driver or whether you are safe. You assume you will be fine. That’s why when a serious bus accident occurs, it’s such a shock and a newsworthy story. Such is the case of a recent bus crash in Northern Texas.

According to MyFoxNY, the bus was en route to a casino in Oklahoma when the accident occurred. What exactly happened isn’t yet clear, but we do know the bus driver lost control, hit the median, and the bus tipped over. In all, two people were killed and 44 were injured. Everyone on the bus, including the driver, was over the age of 60.

Media sources were quick to point out after the accident that the bus driver had been involved in a fatal wreck before—hitting a good Samaritan on the side of the road in 1998. But his family jumped to his aid and said that he was a kind man with a good driving record who doesn’t drink, smoke, or use drugs.

Still, someone must be held accountable.

Some passengers reported hearing a noise before the crash. The family of the driver suggests that perhaps this indicates something went wrong with the bus. A blown tire was suggested, but officials say there is no indication that this was the case.

The Texas Department of Public Safety is investigating to determine what caused the accident, though the investigation could take days or even weeks.

“It’s going to take a long time to piece things together,” said DPS spokesman Lonny Haschel. “Sometimes the troopers can look and say this is what caused this. But there is not one thing that is sticking out that was the true cause.”

The National Transportation Safety Board said they will not be conducting their own investigation into the accident, but did use the opportunity to remark on the need for improved bus safety. One thing they’ve suggested is that all buses have safety belts. Many, including the one in this accident, do not.

Whether you ride the city bus to work or catch a Greyhound to visit family, you deserve to be kept safe during your travels. When a bus accident happens, you have rights. As a Houston bus accident attorney, Kevin Krist may be able to help. Contact our office today by calling 281-677-3962 for a free consultation.