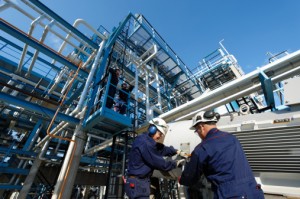 A 22-year-old man from Carlsbad, California, was working on an oil rig in Culberson County, Texas, when he was killed. While there is some disagreement as to whether the family was appropriately notified of the death, the company that employed the young man is not commenting to the media.

According to the Carslbad Current-Argus, the young man was working for Patriot Drilling when the accident happened. Culberson County Sheriff Oscar Carrillo says the victim was working with others trying to free a pipe that had jammed during descent. As it released, it hit the victim, causing serious injuries.

“It would have been closer for the Eddy County Sheriff’s Department, but because the accident happened on the Texas side, I had to drive 180 miles to the oil rig site,” said Sheriff Carrillo. “By the time we got notified, it was three hours after the fact and included the two-hour drive from my office in Van Horn to the location.”

It isn’t clear how the delay may have affected the outcome or whether any emergency medical responders were able to arrive before the Sheriff. Such accidents are a new occurrence in the area, and the Sheriff admits his office isn’t used to responding to them. The oil boom in nearby Eddy County has spread across the border, bringing with it new risks and dangers.

The young man who died was 22, married, and expecting a child.

Whether you work in the oil fields or in construction, you work in a dangerous industry. These risks are often why these jobs pay well. But these risks can also put you in a bad situation, injuring you for life or even killing you.

When you are hurt on the job, you deserve justice.

If you have been seriously injured or if a loved one was killed on a job site, I may be able to help. Contact my office today to discuss your legal options and whether or not you might be entitled to compensation. Call 281-677-3962 now.