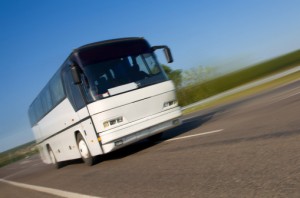 Whenever a car is involved in an accident, there is the potential for injury to the driver and the passengers. When a bus accident happens, however, there are many more passengers and the risk of a much greater death or injury toll. In 2008, a serious bus accident killed 17 people on their way to a religious function. Only now, five years later, are all the facts of the crash coming out.

According to the Associated Press, the owner of the bus company involved has been federally indicted in the accident, accused of making false statements, among other things. Both the owner and an associate were taken into federal custody on the charges.

The accident happened when 55 members of Houston’s Vietnamese Catholic community were headed to an annual gathering in Missouri. The bus drove off a highway bridge just after midnight on August 8, killing 17 of the passengers and injuring many more.

The tragic auto accident was investigated by the National Transportation Safety Board, which concluded that a retreaded tire on the right front axle had been punctured. Though the retread itself wasn’t blamed, the NTSB found that the tire was attached to the axle illegally. They also determined that the bus wasn’t authorized to leave the state and that the company that deemed it road-worthy wasn’t qualified to make such a call.

Behind the charges against the bus company owner are allegations that he made false statements on documents while seeking motor carrier authority. The federal government also alleges that the bus was placed out of service after an unsatisfactory safety rating. Nevertheless, the bus company used it anyway. The bus driver also tested positive for cocaine after the accident but he wasn’t charged. The drugs were found in his urine and not in his blood, which officials say means he probably wasn’t impaired at the time of the accident.

“The fact that they waited almost five years before issuing an indictment isn’t ideal,” said Yen-Chi Le of the University of Texas Health Science Center. “But hopefully it will be a deterrent for other (bus) operators who think infractions won’t be noticed.”

When you get on a bus, whether it’s a city bus or a charter tour bus, you take it for granted that you will be safe and that you will arrive at your destination in the same condition you boarded the bus. This doesn’t always happen.

As a Houston auto accident attorney, I know firsthand that bus accidents are nearly always beyond the control of the bus passengers. This is why it’s so important to have someone advocating on your behalf when you are hurt in such an accident. Contact my office today to discuss your case and how we might be able to help. Call 281-677-3965.