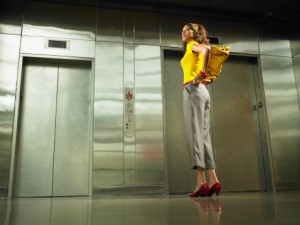 Accidents aren’t limited to old or poorly maintained facilities. Many times an accident will happen in a brand new or surprisingly nice location. Just because a facility is new, doesn’t mean it is safe. Recently two men helping to move workers into a new office building found this out firsthand.

According to YourHoustonNews.com, the accident happened at a Pasadena city employee and a court-ordered community service volunteer were taking filing cabinets up to the second floor of the newly renovated building across the street from city hall. The two workers were helping to move offices into the facility that had just been updated.

Instead of the doors opening when the elevator reached the second floor, the elevator plummeted an estimated 12 feet. Both men were injured, and both were treated at a local hospital.

“It wasn’t like just a total free fall. It fell fast, but not like somebody cut a string and ‘wham.’ But still enough, with furniture in it, to contribute to the injuries,” said Director of Public Works Robin Green.

Mayor Johnny Isbell reported that the elevator had recently been inspected. City Spokesperson Richard Scott surmised that a hydraulic hose had come loose, causing the fall.

Seemingly unconcerned about the accident or whether the elevator was now safe for city workers moving into the building, Mayor Isbell remarked, “We’ll probably get sued on that, then we’ll have to talk about that at a different time.”

One man was released from the hospital the same day of the accident and the other stayed overnight. Their exact injuries were unknown.

No one gets into an elevator thinking there will be a serious accident. But such accidents do occasionally occur. Just like escalator accidents, these can lead to serious and lasting injuries. While property owners have a duty to keep their facilities safe, they sometimes fail to live up to this standard, putting the safety and lives of their patrons at risk.

If you are involved in an injury accident on someone else’s property, he or she can be held responsible for not maintaining a safe environment. A Houston area personal injury lawyer like Kevin Krist may be able to help.

If you’ve been hurt in a personal injury accident, contact Kevin Krist today to discuss your case. Call 832-924-3185 now for a free consultation.