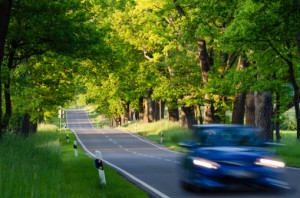 According to KHOU.com, a high-speed accident recently happened in a southeast neighborhood. In the early morning hours of July 8, police responded to an accident call at Reveille Street at Dixie Drive. There they found a sedan with the front crushed and a pick-up truck resting on its side.

While there were no witnesses to the accident, the officers evaluating the scene and questioning the accident victims determined the driver of the sedan to be at fault. They estimated that the sedan was traveling upwards of 80 miles per hour when the accident occurred.

It’s suspected that the truck was traveling eastbound and the car northbound. The car hit the pick-up truck on its passenger side, flipping it and pushing it into someone’s front yard.

Emergency responders had to remove the roof of the truck to get the driver out. Both drivers were admitted to area hospitals in serious condition. Fortunately, both are expected to survive.

Police say the driver of the sedan was intoxicated at the time, and the local district attorney has charged him with intoxication assault.

When you’ve been involved in a serious auto accident like this, the physical injuries are bad, and the mental scars can be difficult to bear as well. Getting back into a car after a serious crash can be hard. You could be suffering from serious anxiety, as is common with post-traumatic stress disorder.

In addition to the medical treatment and potentially long-term physical therapy, many accident survivors need counseling or other forms of therapy to help them cope with all of the consequences.

When a vehicle accident like this one changes your life, you need someone on your side fighting for justice. Houston accident attorney Kevin Krist has seen firsthand just how traumatic a serious accident is, and he dedicates his work to helping those injured through the fault or negligence of others. Contact our office today to discuss your accident and whether we might be able to help you.