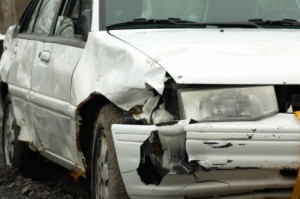 Each day for the past 13 years, someone has been killed in an auto accident on Texas highways, according to the Texas Department of Transportation (TxDOT). More than 45,000 people have been killed on Texas roads since November 7, 2000, the last day without a fatal crash. Many of these deadly accidents are completely preventable. More than one-fourth were alcohol-related fatalities.

We all have a role to play in keeping our state’s roads safe. So how can we stop this deadly trend?

Stopping drinking and driving is a safety initiative we all have a vested interest in promoting. If you drive, ride, walk or bike, intoxicated drivers should be a concern for you.

Since November 7, 2000, 13,544 people have been killed in alcohol-related accidents on Texas roads, according to a Texas Department of Transportation press release.  That’s nearly 14,000 preventable deaths.

Who knows how many of those accidents could have been stopped by a friend taking the keys or someone calling a cab for a driver that had had too much to drink. While you may drive after drinking and make it home, you could also kill someone. You could be the one who ends up dead.

There are several things you can do to reduce the toll that drunk drivers have on the roads. Some of these include:

You can help reduce distracted driving accidents on our roads. Here are five tips:

Unrestrained drivers are far more likely to die in the event of a serious car crash than those that are buckled-in. Since January 1, 2008, the TxDOT reports 5,469 unrestrained vehicle occupants have been killed. Many of these lives could have been saved with a simple click of the safety belt.

All passengers, no matter their age or where they are seated, should have their seatbelt on. If you are transporting children, they need to be in car seats or boosters depending on their age.

Many people mistakenly assume that their airbag will save them regardless of whether they are buckled-in. While an airbag can protect you from impact, it can’t keep you from being ejected—the most common cause of deadly injuries in accidents where a seat belt isn’t used.

We all have a role to play

Anyone who uses Texas roads has a role to play in reducing the number of traffic fatalities. If everyone in the state stopped drinking and driving, buckled-up, and limited distractions, our roads would be much safer.

If you have been involved in a serious car accident in the Houston area, contact auto accident attorney Kevin Krist today to discuss your legal options. Call 832-924-3179 for a free consultation.