The Link Between Houston Drunk Driving Accidents and Football Season 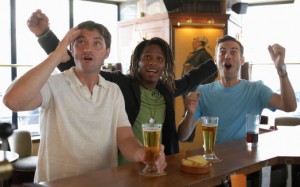 Texans are passionate about their favorite football teams. But sometime that enthusiasm leads to excessive drinking during games. During football season, there is often an increase in the number of fatal drunk driving accidents. As people go out and celebrate victories or drown sorrows, they sometimes forget that drunk driving can be deadly.

The Texas Department of Transportation (TxDOT) reports that more than 1,600 crashes happened last year when a Texas college or NFL team was playing. During game times, drunk driving fatalities increased from 45 in 2011 to 57 in 2012.

In an effort to reduce drunk driving accidents on game days, the state has launched its annual campaign to encourage designated drivers and alternate transportation. Visiting football games across the state, the TxDOT Fan Van, shaped like a football, tours to raise awareness of the dangers of drinking and driving.

Television commercials and radio public service announcements will interrupt games to drive home the importance of finding a ride if you’ve been drinking.

Perhaps one of the most useful tools for fans out celebrating is the website SoberRides.org. Here you can put in your location and find various transportation options—from buses to cabs and even limo services. There is also a mobile app available.

How Big is the Problem of Drunk Driving in Texas?

According to Mothers Against Drunk Driving (MADD), Texas leads the nation in drunk driving deaths. In 2011, 1,213 people died in drunk driving accidents. This accounted for 40% of all auto accident deaths, a decrease of 4.5% from the year before.

That same year there were 87,664 arrests for drunk driving across the state. Drunk driving deaths cost taxpayers $5.7 billion.

Recently, a woman was charged with intoxication manslaughter after allegedly causing an accident on the Katy Freeway. The woman drove her car the wrong way up the eastbound exit ramp near North Durham. She rear-ended a Toyota and struck a motorcycle.

A woman in the Toyota was killed and the motorcyclist was injured. According to KHOU, the driver admitted to drinking at a bar in the hours before the crash.

Another recent accident involved a 4-year-old child. KHOU reports the child was at a birthday party and was playing with a piñata in the driveway when a drunk driver ran a stop sign and hit her. After the impact, the driver sped off, with the girl’s father pursuing in his truck. The police eventually caught up with the driver, who is now facing charges. The girl suffered a broken leg and cuts.

The problem of drunk driving is prevalent and affects many families in Houston and across Texas. Drunk drivers kill people throughout the year, but holidays and game days are particularly dangerous. Fortunately, there are laws on the books to help families hold the at fault driver accountable with the help of a wrongful death attorney.

If you or a loved one has been involved in a serious accident with a drunk driver, contact the Houston accident attorney Kevin Krist. Call 832-924-3181 today to discuss your legal options.