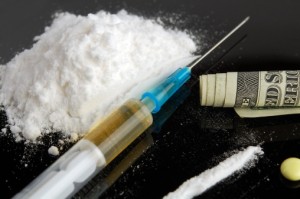 A car accident can be caused by a variety of factors, including drug-impaired driving. This often overlooked cause of crashes is a growing concern on the nation’s roadways, and Texas is no exception.

For the past several decades, state and federal law enforcement agencies, as well as numerous private organizations, have focused on the dangers posed by drunk driving. Although the drunk driving problem has been far from eradicated, the efforts have paid off, as shown by the significant decrease in the number of alcohol-impaired crashes. Because the focus has been on alcohol-impaired driving, many people do not know much about the hazards of drug-impaired driving

A driver who is impaired by drugs may be under the influence of illegal substances. However, even perfectly legal prescription drugs and over-the-counter medications can also cause impairment. Drugged driving occurs when a driver is under the influence of any medication –legal or illegal – that impairs the driver’s ability to operate a vehicle safely.

People who are injured by drug-impaired drivers in Texas, or the families of those who are killed in impaired driving accidents, have the right to seek compensation for their losses. Injury attorney Kevin Krist has successfully obtained recoveries for hundreds of personal injury victims in Houston and throughout Southeast Texas. Put his experience to work for you.

Contact Houston personal injury lawyer Kevin Krist today for a free consultation about your case. You can reach the Law Office of Kevin Krist at 281-677-3963, or use our firm’s online form. You’ll hear back from Mr. Krist within 24 hours.

How Serious Is the Drug-Impaired Driving Problem?

Drug-impaired driving has become such a widespread problem that the National Transportation Safety Board (NTSB) has included it on its “Most Wanted List.” The list includes areas where the NTSB would most like to see safety improvements occur within the next few years.

Of all fatally injured drivers in crashes across the country in 2009, 18 percent of them tested positive for at least one illegal drug, according to another study by NHTSA. That represents an increase from 13 percent since 2005. The National Survey on Drug Use and Health (NSDUH) estimates that 10.5 million Americans drove while under the influence of drugs within the previous year. This means that just over 4 percent of all drivers admit to driving while under the influence of drugs at least once per year.

In Texas, data from the Department of Transportation show that 1,233 collisions were caused by a driver who was drug-impaired in 2011. Those collisions resulted in 114 deaths, 428 serious injuries and another 211 non-serious injuries that year.

As is the case with drunk driving, anyone could be a drug-impaired driver. However, there are some risk factors that make it more likely that someone will drive while impaired by drugs, including:

Get Help from a Houston Car Accident Lawyer Today

If you or a loved one has suffered a catastrophic injury or death in a drug-impaired driving accident in Southeast Texas, contact a Houston personal injury lawyer at the Law Office of Kevin Krist at 281-677-3960, or through the firm’s online form.

Let Kevin Krist explain how he can put his proven experience to work for you so you can get the compensation you deserve as a victim of a Texas drugged driving accident. Kevin Krist represents accident victims on a contingency fee basis, which means you pay no fees until he recovers compensation on your claim.