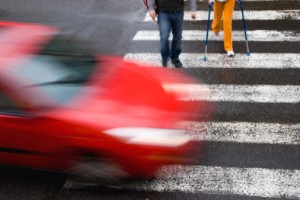 More than 460 pedestrians are treated in an emergency room after traffic accidents every 24 hours across the nation, according to the Centers for Disease Control and Prevention (CDC). This means that every three minutes a pedestrian is injured in an accident. Statistically speaking, someone will die in the United States from a pedestrian-related crash within the next two hours. This means that 4,200 people are killed each year and another 70,000 injured in pedestrian accidents.

Texas consistently ranks as one of the states with the most pedestrian traffic deaths. In fact, according to the Governors Highway Safety Association (GHSA), Texas, California, Florida and New York combined account for 41 percent of all pedestrian fatalities. Texas ranks third in the nation, with more than 300 pedestrian deaths during a typical year

In 2010, 345 pedestrians lost their lives in Texas, representing 11.5 percent of all traffic-related deaths that year, according to the National Highway Traffic Safety Administration (NHTSA). Of course, Texas is a populous state. Even when that is factored in, Texans have a high rate of pedestrian deaths at 1.37 per 100,000 people. Only 10 states have a higher per capita pedestrian fatality rate.

A pedestrian traffic accident can occur for a wide variety of reasons. When the motorist is at fault, it is often for one of the following reasons:

Just as any number of factors can contribute to a pedestrian traffic accident, anyone can be a victim. Statistics indicate that there are certain characteristics that put someone at an increased risk for becoming a victim, including:

Massive motor vehicles are no match for people on foot when a collision occurs. When a pedestrian is hit by a car, truck, bus or other motor vehicle, the results are often catastrophic. Common pedestrian injuries include:

If you or a loved one has suffered catastrophic injuries in a pedestrian accident in Houston or elsewhere in Southeast Texas, contact Kevin Krist today for a free consultation about your case.

Simply call the Law Office of Kevin Krist at 281-677-3960, or use the firm’s online form. Let Kevin Krist explain how he can put his personal, proven experience to work for you, so you can get the compensation you deserve as a Texas accident victim. Kevin Krist represents personal injury victims on a contingency fee basis, which means you pay no fees unless he recovers compensation on your claim.